US minorities and digital choices

The US map reflects some of the country’s history of immigrations: New York (not the ‘old’ York in England); Berne (NY), Lucerne (PA) and Zurich (KS) are just a few US cities bearing names from the immigrants’ home countries. Ethnic groups are one type of minority. Other minorities are based on lifestyle choices or beliefs, for instance regarding food, education, language, religion or whether and how they use digital media. 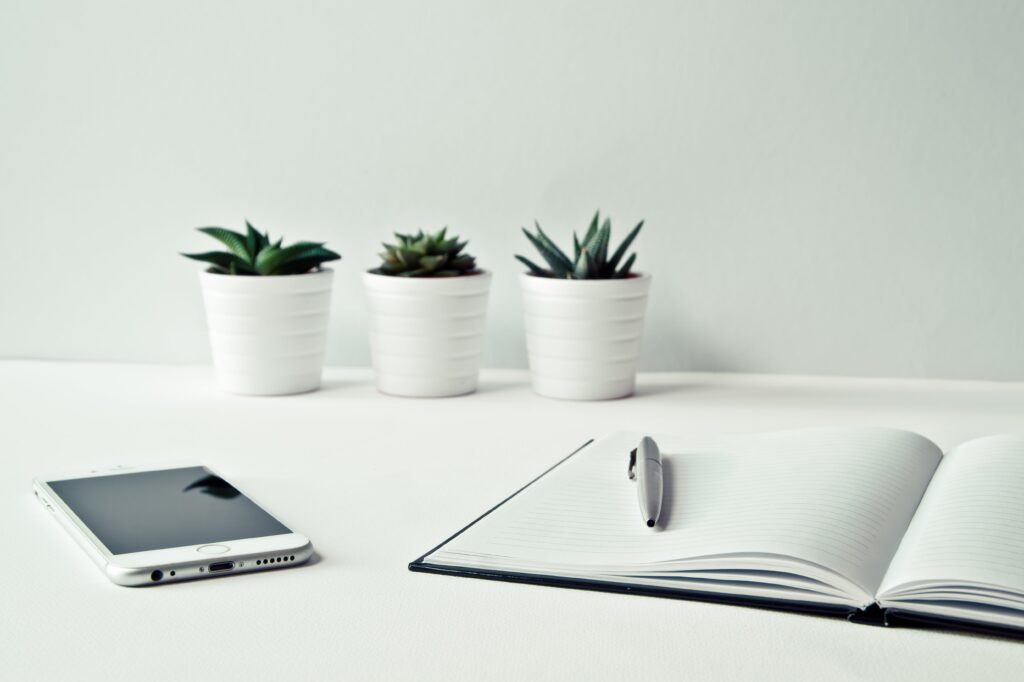 Digital or not? It’s more of a choice than one might think… (Image Source)

A famous saying from Pirke Avot is: “”“Who is wise? One who learns from every man…””. Despite the very different contexts, what can teacher education in Switzerland learn from some of the digital choice minorities in the US? 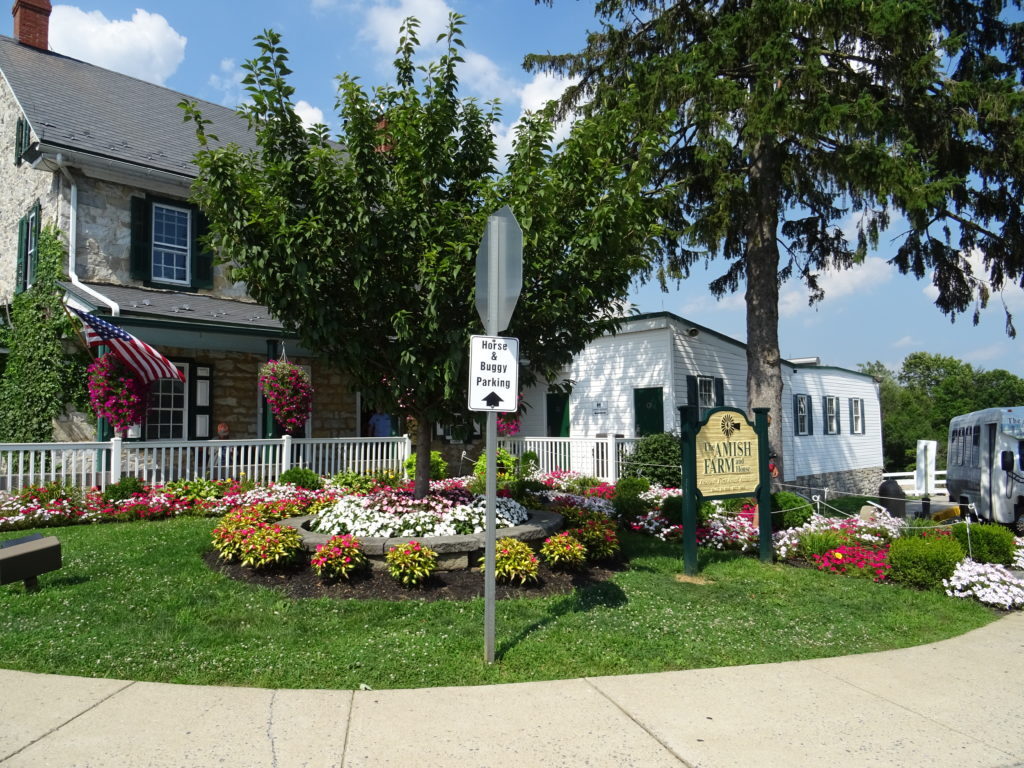 „The Amish Farm and House“, one of the Amish tourist attractions in Lancaster (PA)

Fleeing religious persecution, the Swiss Christian “Amish” came to Pennsylvania in the early 18th century. William Penn offered them religious freedom. Even centuries later, they have preserved a distinct identity and language (Pennsylvanian Deitsch). There seem to be no Amish communities outside North America yet.

The Amish run their own one-room schools. According to the guide in the school house at “the Amish Farm and House”, the teacher works with each grade group in turn, while the others work on tasks independently. Sounds familiar? Well, some schools in Switzerland try to do something very similar as differentiation within one grade level. Not everything that is marketed as innovative is really new. It might just be a new variation of an old concept … One-room schools (whether Amish or not) therefore might offer valuable ideas for the controversial Swiss debate around independent learning.

Even after school, the Amish are expected to keep on learning:

“”I always figured school just taught me how to learn. The rest is all out there in books for the taking. Anything you’d need to know about farming or whatever, all you have to do is keep reading.””

Despite the wealth of information on the internet, this does seem to only refer to paper books. The Amish attitude to technology is:

“It’s not that the technology is bad. In the Amish society, however, each church district is asked to carefully examine innovations to determine if the adoption of the technology will add to or detract from the cohesion and well being of the community […]”

This community is often defined by size and spatial organization. The Amish take turns holding church services in their homes. They can only drive a horse buggy, not a car. Despite the ubiquitousness of technology education in public schools, computers seem to have no place in an Amish one. Although some Amish businesses might use technology, it’s not a normal thing to have at home. The Amish tourist attractions have a website, but many actual working farms don’t seem to have one. Many non-Amish farms see having a website and social media presence as essential for business. Yet, Amish farms seem to survive economically without that. Could that model be followed by non-Amish farms, who do not have such a strong community foundation? I don’t know. But it does point to more possible choices to think about than is commonly assumed …

The full name of the Jewish group Chabad – Chabad Lubavitch – still bears the name of Eastern European town that once had been their headquarters. They fled to the US at the outbreak of the Holocaust. In a different way, they too have a distinct identity – and many preserve the knowledge of the Yiddish language in addition to English and Hebrew. Like other Jewish Orthodox groups, observant Chabad Hasidim can’t drive on Shabbat. Thus, they have to live within walking distance of a synagogue if they want to regularly attend services. A hallmark of Chabad is Ahavat Yisrael (loving the Jewish people) – wherever they may be found. Consequently, at least 100 countries already have a Chabad presence. This number is likely to rise.

With regard to technology, Chabad.org is one of the – if not the – largest Jewish website on the internet. The website has more than 50 million visitors a year to its by now over 100,000 pages. Chabad has a strong social media presence. Chabad rabbis have also used a variety of other media, including TV. Yet, like many other Orthodox Jews, observant Chabad Hasidim switch off completely for Shabbat (no TV, no cell phone, no computer or internet etc.). Even beyond that, some articles on Chabad.org suggest that a number of Chabad Hasidim don’t have a TV at home (e.g. here or here). Similarly, some seem to “use the internet at work, and […] not have access at home” or only use a filtered version. One Chabad article argues:

“[…] the internet in and of itself is neutral. […] A knife […] has the capacity to do much harm, and has killed many, many people. But when used properly it also has the capacity to make life more convenient and even to heal the dangerously ill. […] There is no doubt that with regards to Jewish outreach and educational opportunities, the internet is peerless in its ability to disseminate Torah information and values. […] However, […] there’s [also] much that is wrong with the internet […] and we must take appropriate measures to protect ourselves and our families from harmful sites and activities available at the click of a mouse. So, should you or I allow internet into our homes? That is a personal decision that every individual must make after a careful and honest analysis of their unique situation […]”

As described in James’s book, for the Amish, the local community’s Ordnung determines which technology use is permissible. In contrast, Goldman places the power to decide in the hands of the individual Jew. Both groups advocate for a careful analysis of the potential beneficial and harmful consequences of any technology. Although in many ways, both groups have reached very different conclusions, they both show that technology adoption doesn’t have to be as pervasive as it seems from looking at so-called mainstream culture. Moreover, adopting a certain technology for one purpose (such as business) doesn’t have to mean it gets a role in all areas of one’s life. 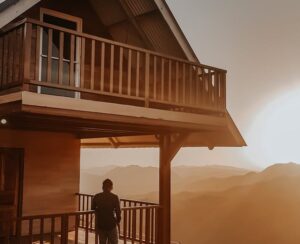 Digital choice minorities do not just exist in religious groups. For instance, Georgetown university (DC) computer science professor Cal Newport advocates for what he calls “Digital Minimalism”. He wrote a book about it (which is still on my ‘finish-reading list’). For one of his digital declutter experiments, “[m]ore than 1,600 people signed up”. In contrast to the Amish and Chabad, this community is not also characterized by religious practices. It isn’t in a specific physical place and seems to have no specific spatial organization. It’s only about people, from around the world, making different digital choices than many in their surrounding cultures.

“[…] a philosophy that helps you question what digital communication tools (and behaviors surrounding these tools) add the most value to your life. It is motivated by the belief that intentionally and aggressively clearing away low-value digital noise, and optimizing your use of the tools that really matter, can significantly improve your life.”

Sounds similar to the attitudes described above? It is. Newport even explicitly talks about emulating the Amish in one of his posts:

“The Amish, it turns out, do something that’s both shockingly radical and simple in our age of impulsive and complicated consumerism: they start with the things they value most, then work backwards to ask whether a given technology performs more harm than good with respect to these values.”

Thereby, he makes it clear that it’s only about their “thoughtfulness in approaching technology […] not fretting about missing out on some minor short term pleasure or interesting diversion”, he doesn’t “mean that you should adopt the specific values of Amish life, as these are based primarily on their often illiberal and admittedly esoteric religious beliefs”. It’s about “[…] replac[ing] Amish values with your personal values, and the decree of your parish bishops with your own honest self-assessment”.

All of my courses next semester (except the one accompanying teaching practice) will be organized as blended learning, a combination of face-to-face and online sessions. Blended learning offers many advantages.

Learning more about digital minimalism challenges me to think more about how to maximize the advantages of blended learning while minimizing possible drawbacks (e.g. the greater difficulty of building relationships). Digital choice minorities highlight that there are, indeed, many choices. For instance, just because certain elements (e.g. forum discussion tasks or student presentations during the face-to-face sessions) are very common in Moodle based blended learning courses, doesn’t mean they are necessarily the best option to support learning in a specific course. As I start planning the courses for the fall semester, I’m excited to begin to explore new choices to enhance my students’ learning.